For years I had searched for answers to mystifying symptoms, I suffered such as, painful skin rashes (began at 14 years old), extreme fatigue, body aches, extreme itchy crawling sensation on my skin and in my body . Most doctors would resign my symptoms to ‘psychosomatic’ since most blood test were always ‘text book’ normal. The skin rashes were diagnosed as acne and would come and go.

During my mid 30’s the painful skin rashes continued and breakouts would appear anywhere, my forearms, scalp and ankles, not usually a place for acne, right? In addition, I was in incredible physical pain and so fatigued. At 36, I was diagnosed with fibromyalgia.  This was the late 90’s, there was no known cure. I researched the internet for information, went on a detox regimen including vitamins, supplements and sunshine (vitamin D is now used to relieve fibromyalgia symptoms). After about 2 years I recovered from it and was doing well.

In 2007, I had complete rehabilitation of an old root canal. After this procedure, is when the worst of my symptoms appeared. Severe fatigue, body aches, joint swelling, extreme itching and crawling sensation all over my body and raised painful welts. As weeks passed the rashes were not retreating and stayed moist. In 2008 was searching the internet for answers and found Morgellons. It seemed so much like what I was experiencing, then I saw many you tube video’s making fun of us, as delusional, so I quickly dismissed that diagnosis and continued to search for answers.

In the mean time, I noticed white stretchy “splinters” that could be pulled out my sores. They almost appeared living! One day I got out my son’s microscope and we both viewed them. OMG! They have a form and hair/fibers… Oh God!!! I had a jewelers loop (high-powered magnifying glass) and would watch these sores. Throughout the span of the day, fibers (white and blue) would grow out of them and reach out to new skin. I was so afraid!!

I went to the doctors and they tested my sores for everything, strep, herpes, other bacteria, candida. The tests came back completely negative! They were baffled and so was I. To be “safe” I was prescribed antibiotics and antifungals. There was never a marked improvement in my condition. I was a mother, a wife, a business owner, and worked full-time, but secretly I felt awful. I was so ashamed of my condition. “Why was my body turning on me?” “Why couldn’t I heal?” “Why do I need a nap after vacuuming my bedroom?”

In May of 2010 my mom called me. She had heard about something that sounded exactly like my symptoms, it was called Morgellons. At this time, I was aware the CDC (Center for Disease Control) stated that Morgellons was “delusional parasitosis” but, I was so desperate. That day, I did an internet search for doctors treating Morgellons and to my delight, I found one that sounded credible, Dr. Omar Amin at Arizona State University. He wrote intelligently on the subject and had patient interviews of illness and recovery. I called and made an appointment.

Appointment day! I drove for 2 hours to get to his office, wondering all the way if this was gonna be worth it. Was he going to shrug me off? I explained my symptoms to him and my skin condition was visible to the naked eye. He concluded it was Morgellons which he terms it NCS (neurocutaneous syndrome). He explained that my body’s pH and ‘fighting’ ability has been altered by intimate exposure to toxins, most likely my dental work but, a blood test was needed to confirm this. The rash was a reaction to the toxins trying to exit my skin and offered an inviting home for secondary infections and mine was a plant mold! 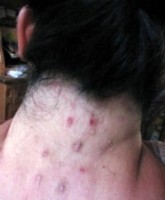 A blood test revealed that at the very least, my body is indeed incompatible with almost all heavy metals, many commonly used in medicine, dental work, cosmetics, toiletries, food and drinks. My braces, at 14 years old, were nickel and all my fillings were Mercury amalgam (also contains silver, tin, copper) as well as two root canals. A detox protocol of holistic products and vitamins was recommended. He assured me that as the toxins diminish so does the itching and crawling feeling and the sores will heal. I was ecstatic. I had answers!

I had the fillings removed by a dentist who specializes in the removal of mercury amalgam dental work. (Find A Mercury Free Dentist) When amalgam fillings are ground down they ‘smoke’. The fumes contain mercury and are breathed in. This is very toxic exposure to mercury (exposure is 10 times the legal limit during removal or placements of mercury amalgam, JADA, Vol. 129, April 1998) for anyone and can have terrible effects  on those not sufficiently protected!! I was suited up with a vacuum and oxygen as well as the dentist and assistant, so we would not be contaminated by mercury fumes.

I had a tremor in my left hand for about 5 years. I could not draw a number 6 without scribbles. I didn’t tell a soul, I was only 40, but it stopped the very day I had my last filling removed! Why, because mercury is a fabulous conductor of electricity and interferes with the body’s natural electrical currents. I was instructed to have mercury amalgam fillings removed in stages, as horrid reactions are possible doing too many at once. I didn’t listen. I had all fillings removed in one day. I experienced no backlash so, without hesitation, the following week I had both root canals removed in one visit.

The oral surgeon didn’t outfit me with a mask or use a special vacuum to protect me and him from toxic fumes. It didn’t occur to me that it was necessary since the teeth were being pulled out. Unfortunately, they didn’t just pop right out. He had to grind and saw at the teeth to break they up so they would come out.

The oral surgeon looked so pale after digging and grinding to get the root canals out of my head. His comment, “Geeze the more of these root canals I remove, the more I don’t want to recommend having a root canal done to anyone!” He sent me off with antibiotics and oxycodone. Within hours I developed a fever. The itching and crawling on my face and body was beyond anything I had experienced. The office called to see how I was doing. Upon hearing my symptoms, they said to stop taking the oxycodone, “you’re allergic”. So, I did.

I spent the next two weeks in bed, too weak to eat, full of fever and covered in sores. My neck on both sides, just under my ears had open sores the size of a quarter that were draining and my face peeled for 2 months!!… and a new symptom, muscle jerks. My legs would “kick” involuntarily, like a heroin addict. I was in a horrid state! What I found out later is that I was poisoned by the fumes from my tooth removal! Root canals can have mercury, copper, silver, aluminum, nickel (base noble). As he ground and drilled fumes were released. He was probably not doing so hot either but, I will never know. [1]

To add insult to injury, I was going through an ugly divorce. I was losing my home and everything I had worked for, and I was spending my first Christmas completely alone while my two beloved boys were spending Christmas with “the real monster” (that’s how I felt then). I had lost hope upon hope. My looks were long gone, my life I had built gone, my health gone, my strength gone, money gone, love gone! All I had was the breath in me, my faith in God and my sense of humor.

One day in particular I thought, was possibly my last on this earth. As I lay in bed, it became crystal clear that life or death had no power over me, over the fact that I was still ME under all this ugliness. I had desires to get better , to keep learning, laughing and watching my kids grow!! I knew I may not get that chance, as I had no strength, no ability in me to make it different. Lying there, my happy thought was, “Well, what I have is not like a cancer “death sentence”… A person that has days or weeks to live has less hope than I do because, there is a chance I may get out of this bed”…  and that thought was good to me.

Amazingly, I got through those days and slowly resumed the recovery protocol. I couldn’t go in public for about 2 months. I was weak, my face was raw, peeling and oozing. The detox is uncomfortable in the beginning (HELP! I’m Recovering).  Itching and crawling sensations got worse. My skin lesions were so painful. The pin pricking sensations and muscle jerks in my legs were awful. I took sedatives to get sleep and Benadryl and I became good friends. Perspiration would smell like metal, like moldy towels and my face sweat, a hallmark of mercury poisoning.

I have had to pause the detox at times due to financial reasons, sometimes just because it was uncomfortable and I had so much going on that I couldn’t endure feeling sick too. In addition, I have shed 70 lbs of fat.  Every level of weight reduction has triggered skin rashes, i.e., stomach, back, arms, fatigue, flu-like symptoms and skin sensations. Toxins store in fat cells, so losing fat will release toxins.

Because I have a known allergy to almost all heavy metals, a buildup of copper or aluminum, even though necessary for our metabolism can be toxic for me. I stay on a maintenance recovery protocol and eat clean and simple to feel my best. This helps me live in the real world without fear of environmental assaults. 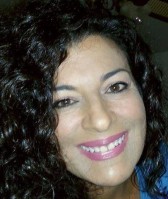 Gone are the days that I would fill up the bath tub with Epsom salts and hot water (be sure to drink water while soaking as Epsom baths are dehydrating.) and submerge everything but my nose holes to soothe the itching and crawling. The itching and crawling are gone! The muscle twitches and tremors are gone! Gone are the days being covered from head to toe with an excruciating rash and gone is the plant mold! Gone is debilitating fatigue!

I now walk 10-15 miles, workout 3 times a week, for fun I kayak, canoe, paddle board, or hike and work, no exhaustion! I am feeling wonderful. Now I desire to share what I have learned on this journey and dispel myths surrounding Morgellons/NCS, hence MORGELLONS CENTRAL. There is hope! Thank you for taking the time to read. 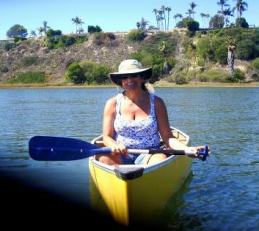 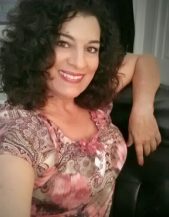